AtlasPRO is a unique military mission drone in terms of size and functionality that fits in a backpack. In tandem with AtlasNEST, the UAV, a fully autonomously intuitive station, can provide the military with complete 24/7 surveillance. 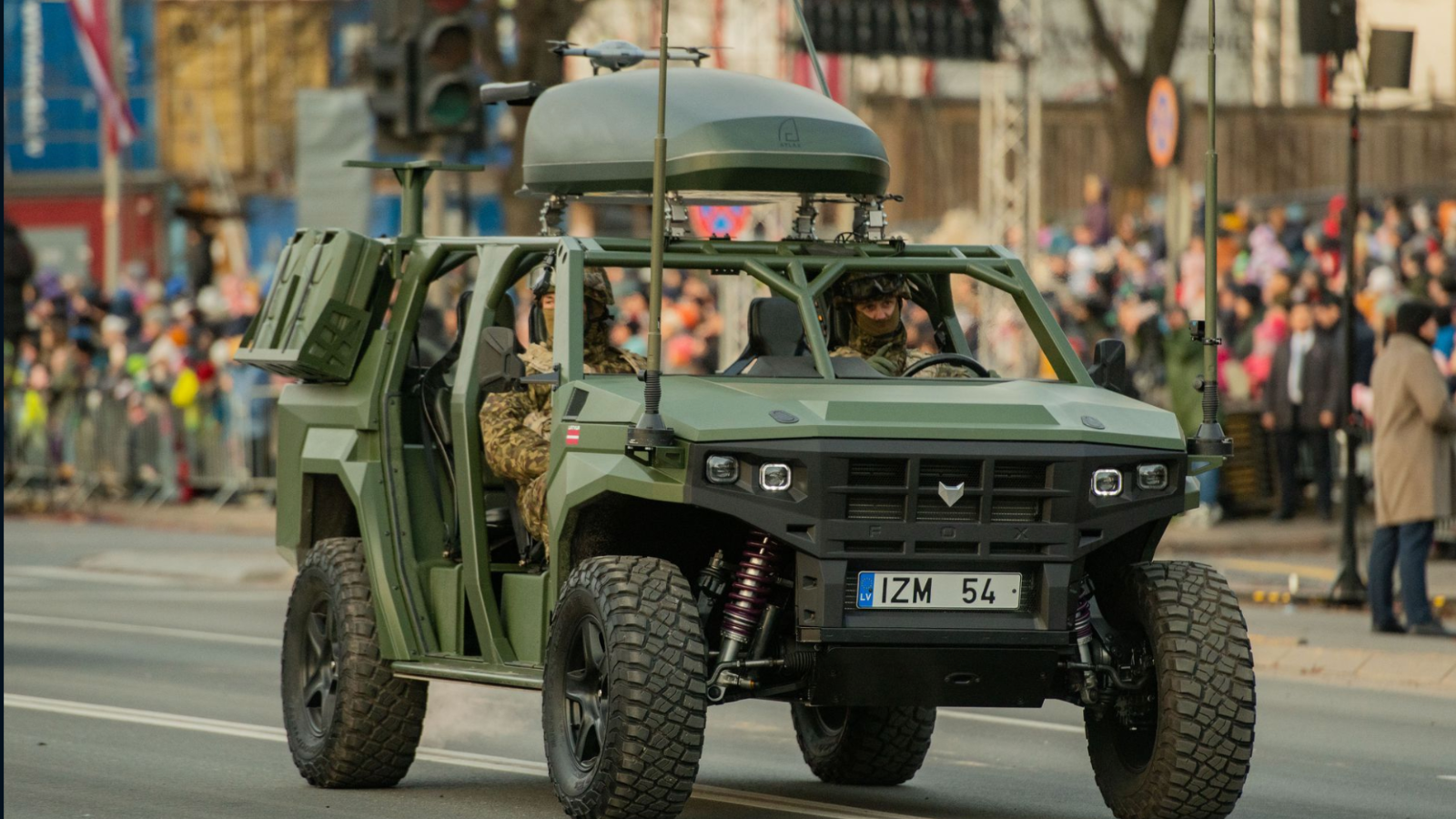 The central bank in Riga. Armored personnel carriers, and military vehicles drove along the bank of Daugava in central Riga, with 1,500 suited military personnel marching beside them. A FOX, a Latvian tactical combat vehicle with the roof-mounted AtlasNEST, as well as the AtlasPRO drone joined the procession.

As Latvia celebrates its 104th anniversary of Independence, it is a special day for the country as well as ATLAS. The day marks the first time ATLAS takes part in a military parade. AtlasNEST, our unique docking station and the AtlasPRO drone are increasingly gaining attention among the international military. In particular, they are already being used by the British, Dutch, and Ukrainian armies.

According to Artis Pabriks, Latvia's Minister of Defense:

Not only is ATLAS winning the world market, it is also helping Ukrainian defenders to succeed in the fight against their occupiers.

The AtlasNEST and AtlasPRO tandem enables mission advancement and completes its autonomy.

The simple, elegant, and easy-to-use drone docking station can provide  24/7 drone operation without the need for human supervision. You can mount AtlasNEST to the roof of a car or building, and assign a mission to the AtlasPRO. The ATLAS system intelligence detects suspicious activity within an 8 km(~5 mile) radius and notifies its operator. This functionality suggests that the system can be indispensable for protecting military and strategic facilities, including strategic military missions.

Modern technology has a tangible impact on the course of military operations. A unique ATLAS-developed SDR (software-defined radio) module allows the drone to operate even in conditions of resistant electronic jamming. In addition, ATLAS drone is designed by the NATO-standard and performs in hard-to-reach signal conditions thanks to its MESH capability.

There are no more big battles on the battlefield. Drones allow you to operate in small groups on all front lines and attack from multiple locations. This reduces losses, demotivates the enemy, and creates significant damage. Thanks to such small groups, it is possible to hold back large troops. Since fighting against them is difficult, their number on the battlefield disorients the enemy. In fact, this is a war of a bear against a swarm of bees. No matter how big and strong the bear is, a swarm of small bees will always defeat him.

Latvia has regularly supported Ukrainian defenders. In particular, they have supplied the Ukrainian army with antitank systems, artillery, helicopters, ammunition, and drones. To this day, Latvia has donated 195 AtlasPRO UAVs, including: 165 drones from Latvian people and 30 from ATLAS.