The Kings of the Air: Stories of Using the AtlasPRO Drone In Search and Rescue Operations In Latvia

Bezvests.lv is the largest volunteer search organization in the Baltic states that specializes in aerial, water, and ground searches for missing people. The radius of its search operations is up to 100 km from Riga, the nation’s capital. The founder and ideological heart of the organization is Alexander Faminsky. As part of a social project that highlights the stories of rescue operations using Atlas drones, Alexander Faminsky shared the story of his journey and the creation of the Bezvests.lv organization with us. 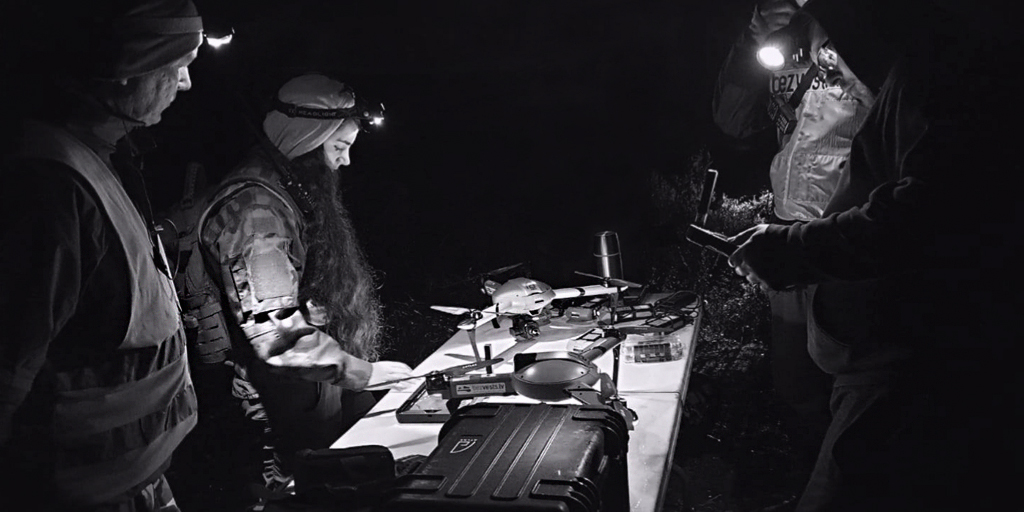 The night of July 24, 2018 in the village of Vecumnieki was not a quiet one. The search continued for an elderly woman who left her nursing home on July 22 and had not returned. Once the woman was found, the rescue team posted a message on the search organization's website:

After a five hour search in Vecumnieki, the volunteers of the search organization Bezvests.lv found 67-year-old Ilze, who had gone missing from the boarding house. The woman had been missing for 24 hours. She’s alive!

Hundreds of thousands of people saw the happy story of the rescue operation.

The search for Ilze Ruskule, the woman who had gone missing, involved an AtlasPRO drone with a thermal camera. Volunteers from Bezvests.lv checked the area and confirmed the correct AtlasPRO signal, which resulted in rescuers and an ambulance being dispatched to the scene. The missing woman was successfully located.

Before Bezvests.lv found the woman, police and dog handlers had already been involved in the search operation.

I'm shocked that that's where she was found," Alexander recalls. Before us, many people had passed by this place more than once. The old lady was lying near the road. She was in the bushes and no one heard her whispering for help. No one could find the woman. We made it. Thanks to the work of rescuers and AtlasPRO technology, the search for missing people in Latvia has changed. The importance of modern technology in search and rescue operations has been established. If we hadn't found the missing person at that point, she would have died because of the cold and exhaustion.

The organization has been working with the AtlasPRO drone since 2017. AltasPRO is a lightweight drone, its compact design makes it suitable for use in all weather conditions. With 32 minutes of autonomy and a three-minute AtlasPRO setup, this is a UAV that is suitable for most missions.

Before that, conducting search and rescue operations at Bezvests.lv looked different. However, the founder is one who is constantly learning about modern technology. And with 13 years of experience under his belt, he says that searching for people without eyes in the air is a primitive approach, which did not give the expected result. Technology is the solution. Since then, according to Alexander, Bezvests.lv takes a drone on every rescue mission:

The AtlasPRO drone has an important role in rescue operations. Working with it is definitely an art. When you're with AtlasPRO, you see warm objects at different times of day. AtlasPRO speeds up the search process. This drone can replace 70 to 100 people in a search. You just need to train an operator and a few search crews. With Atlas drones, we're kings of the air.

The decision to work with a drone didn't come immediately. At first, Bezvests.lv used a paraglider, which cost more than 12,000 euros. In addition to that, it took two years to train the pilot.

In the words of Faminsky, the pilot has to learn how to fly. It's a long and difficult way to go. In practice, the search and rescue organization faced different situations while operating the paraglider. One time, the pilot fell into a tree. Fortunately, he survived unharmed, though the paraglider's propeller and protective cage were damaged.

We can't risk the lives of the search party. Working with a paraglider is always unpredictable. The paraglider is affected by weather conditions, including wind speed. And in Latvia, there is often a gusty wind, which is very difficult to resist. Also, Bezvests.lv had only one pilot who could fly the glider. His absence stopped the work of the entire search team, he explained.

According to Alexander, things are different with the drone. About 10 people in the company now already know how to fly a drone. A drone pilot can be trained in a few training sessions. At Bezvests.lv it took about 10 sessions to train the pilots.

In 13 years, Bezvests.lv has found 143 people, that's about 2,000 search missions, the length of which, on average, takes all day from morning to evening.

The organization, like a doctor, must have the tools to search. For example, we use a drone to find living people, and underwater sonar to find drowned bodies, says Faminsky.

Only trained operators work with Atlas drones at Bezvests.lv. Among them are many women. The photo shows a view of the search session for the rescuers. The arrow is the location of the operator. Blue indicates the flight path of the drone.

In the second picture, suspected points that the drone has marked, highlighted in yellow, are shown. To these points (the yellow circles), two people are sent to check the area. When the operator clicks on the yellow dots on the screen it opens a full view of the area.

Even before Bezvests.lv was created, Alexander was involved in search and rescue missions.

Few people have participated in searches. It is difficult for a volunteer to find information on how to search properly and effectively. You don't know what to do. You are unfortunately left alone, and that's the whole time. People helping us is valuable. We educate everyone who comes to help.

Bezvests.lv is open to volunteers. You can register to volunteer on the nonprofit's website. Every person who comes is looked after. Volunteers must have a genuine desire to help.

If we are volunteer, it doesn't mean we're a mess and chaos. We have an order, we have a discipline, and we have a clear separation of duties. And I think that thanks to the discipline and technical equipment, which I am trying to implement, we find missing people, added Faminsky.

Alexander believes that drones have a future, and that they are needed in every region of Latvia.

If we talk about our country today, drones are needed in every region. Including along the coastline, where the risk of unforeseen situations is high. Our organization has developed an app that has a triple warning button. As of today, when you press it, no drone flies to the scene, but in case of danger, an SOS signal will indeed be received by relatives and Bezvests.lv.

The Bezvests app informs users about missing people. By downloading the app a person receives an alert in case someone goes missing near them.

Alexander Faminsky not only runs the organization but is part of every rescue mission to find missing people. And as Alexander himself says: he was born with a set of skills designed to help people. And every time he goes on a search he carries his mission with him. His team helps him and the results of their solutions based work, which inspire and motivate him to continue following this path.